This is a transfer of an original exhibition that took place at New York’s Metropolitan Museum of Art in the summer of 2011, and apparently in some way represents every collection of his career. The work is arranged thematically, with rooms divided into subject matter such as Savage Mind, Romantic Gothic, Romantic Exoticism, and finishing with his final collection, Plato’s Atlantis. The design of each room is a creative triumph in itself; Romantic Gothic for example displays the mannequins against huge, distressed mirrors in vast gilt frames. Romantic Primitivism, with its predator-prey in nature theme, is a bone-lined grotto not unlike the nightmarish paintings of the Swiss Surrealist H.R. Giger.

The stars of the exhibition though are the clothes. What comes across most emphatically, is McQueen’s combination of technical mastery and unique creativity, always allied to a strong narrative idea. The theatricality of his catwalk shows (never just catwalk shows) were breathtaking, and he was clearly the kind of creative not to be constrained in any way. The structure of the exhibition allows the viewer to see the common themes throughout his career, in a way that also shows his development during the 18 year run from his first collection in 1992, to the last in 2010.

The sound in the exhibition is fabulous – long term collaborator John Gosling is responsible for the music and sound design. Alternately comforting, jarring and unsettling, at various points it jumps from McQueen’s voice, nature sound effects, synthetic chimes and samples of film soundtracks as diverse as Schindler’s List and Rosemary’s Baby. In every way a perfect accompaniment to the theatrical genius of Alexander McQueen himself.

The exhibition runs until August 2015, and though advance tickets may be sold out, there is availability every day. This is a beautifully designed and staged event and the photos only hint at how good it is – don’t miss it. 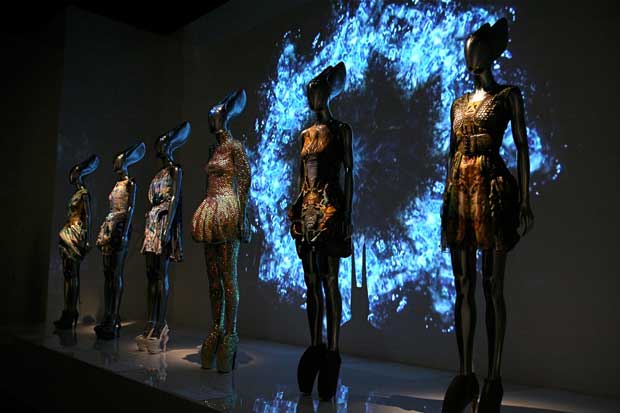 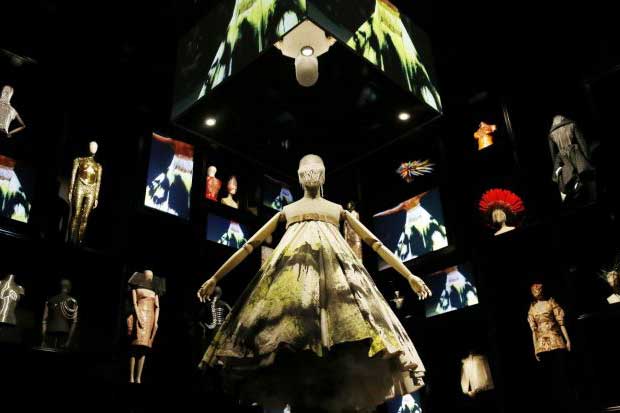 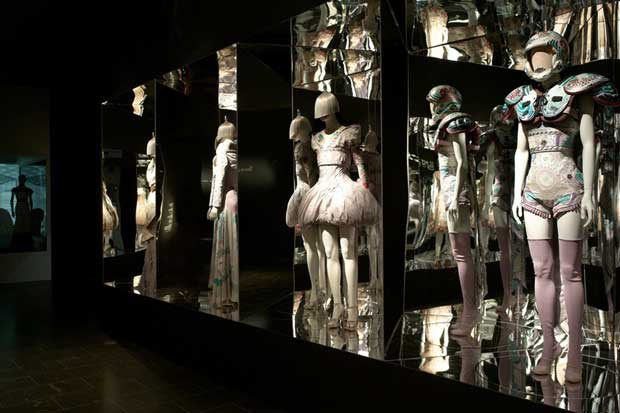 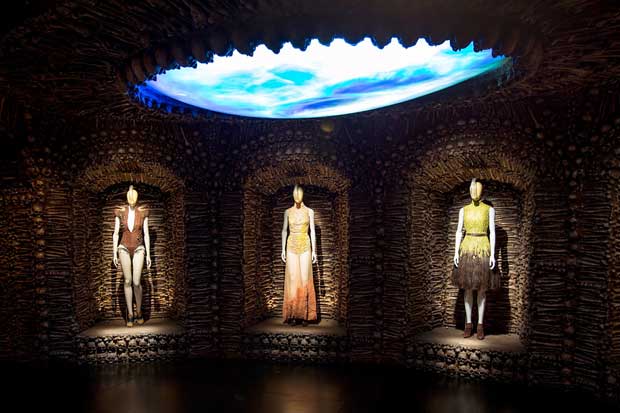 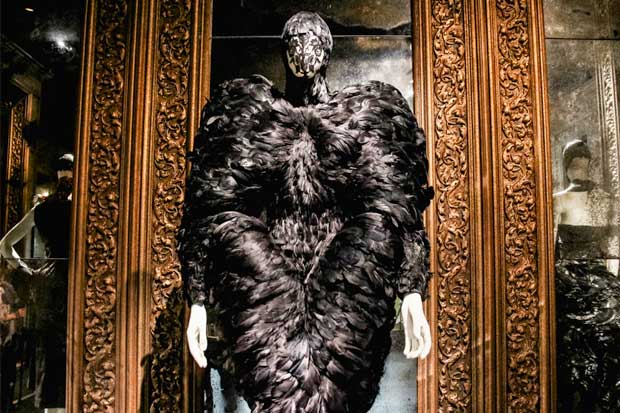 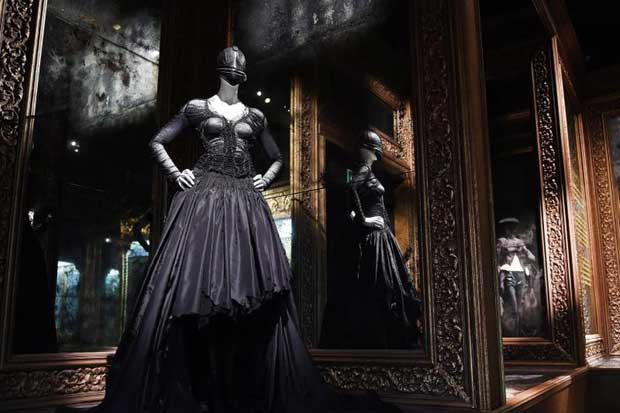 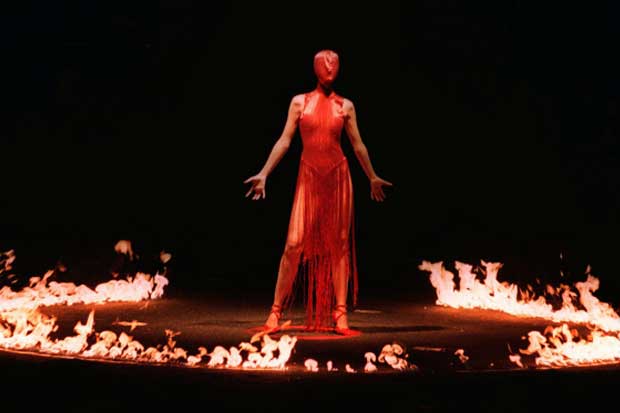 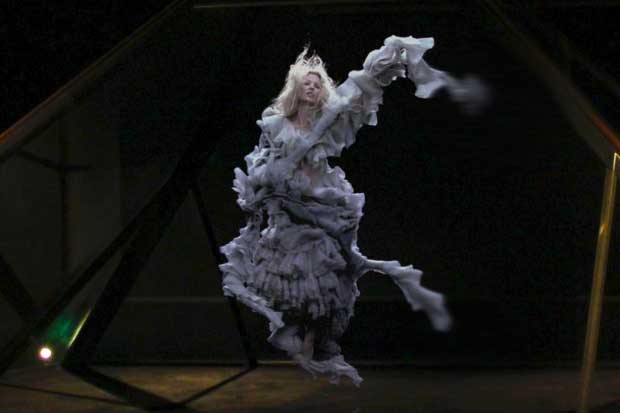