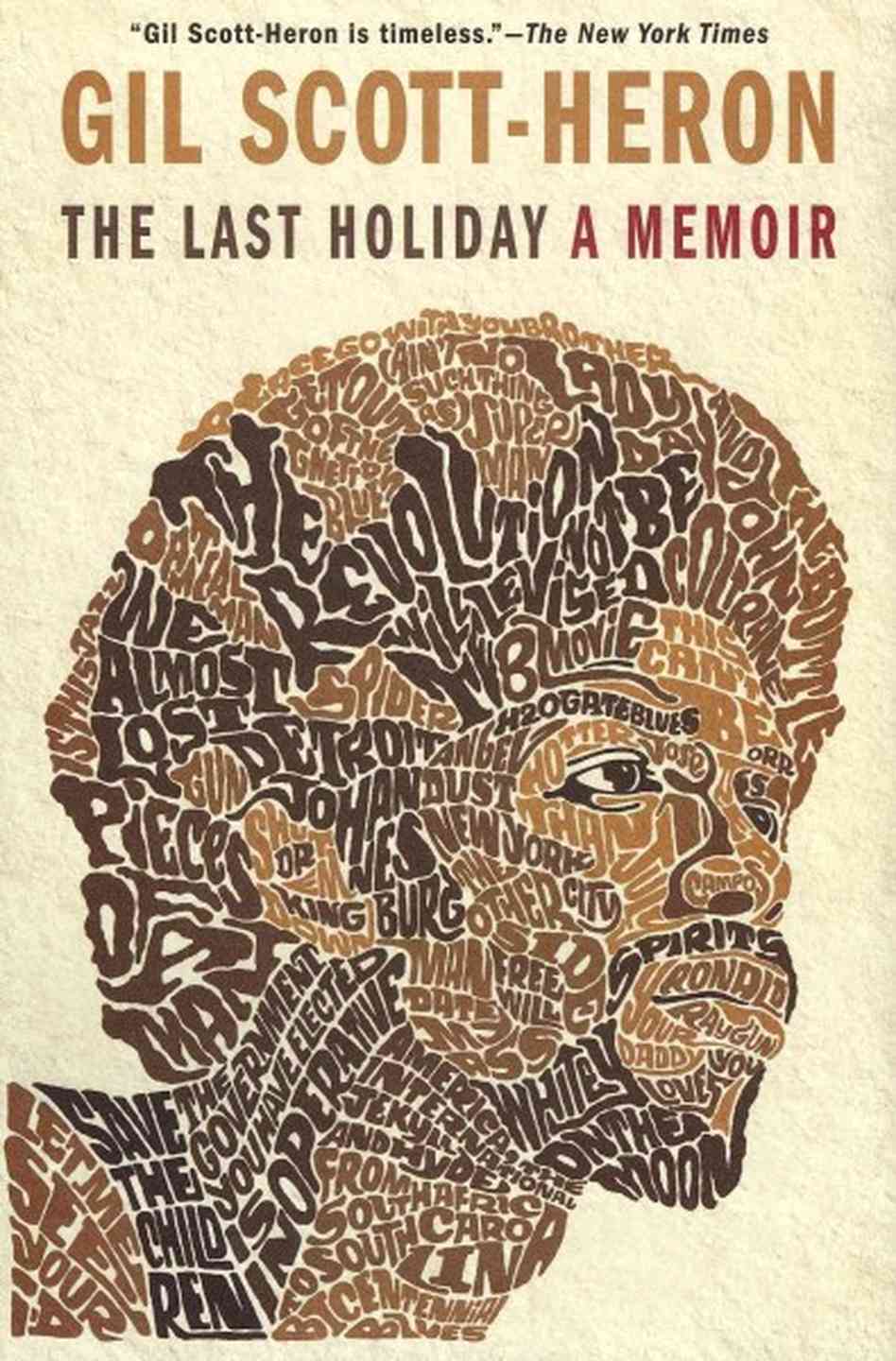 I’ve long been a fan of the late Gil Scott-Heron, and on my last birthday was lucky to receive this book from my friend Nick. It’s a memoir, both of his upbringing as a black child in the Deep South of the 1950s, and of his musical career – and uses Stevie Wonder’s 1980 initiative to create a national holiday in honour of Martin Luther King as it’s vantage point. For a character who lived a troubled life for a long time, his writing is remarkably warm and unfailingly honest when on the subject of his own personality, and modest given his gigantic talent.

What I really love though is the design by Rafaela Romaya and the illustration by Oscar Wilson. It uses the names of Scott-Heron’s songs in the shape of a photo that was used on the cover of his 1972 album, ‘Free will’. Very clever, beautifully executed, and very evocative of the early 70′s, the period where he really came to prominence.