Skip to content
The ten greatest looking films ever made, Part 1

Ok so how can you really say what the ten best looking movies of all time are? Of course you can’t. But these are ten that have resonated with me for various reasons.

Far from a comprehensive list and in no particular order, the link throughout is an appreciation of production design, cinematography, or any other defining visual characteristic – it’s purely about film visual style. I’ve deliberately avoided some of the usual suspects – I’m not sure what I can add to any discussion on ‘Blade Runner’ for example that hasn’t been said already. Apart from that, they’re all films that I like for other reasons as well and would be happy to sit through again and again. Obviously there are way more than just these, and it’s a list I’ll be adding to periodically as inspiration strikes. If you don’t know any of them, track them down & give them a try. There’s also Part 2 to this. Let me know your alternatives in the comments. 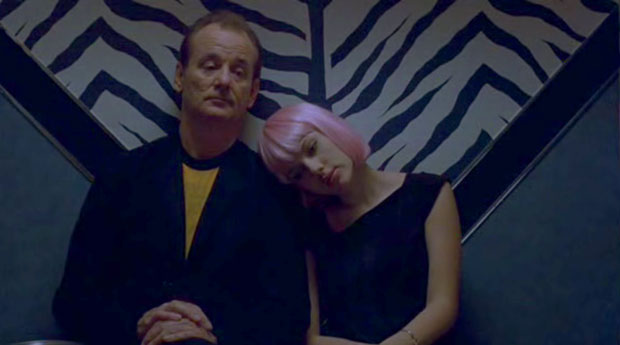 An impressionistic piece about two Americans who meet in Toyko, this was described by Sofia Coppola as ‘a valentine to Tokyo’. Feeling lost in their own lives, the foreign location causes the characters of Bob & Charlotte to connect in a way they probably wouldn’t have done at home. Shot largely with available light on film for its “fragmented, dislocated, melancholic, romantic feeling”, there’s a stillness to it that’s in complete contrast to many more hyperactive films of this period. 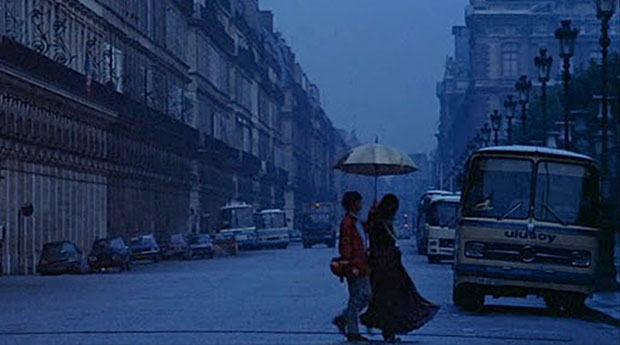 As has been written elsewhere, ‘Diva’ is essentially a postmodern riff on the classic thriller conventions of switched bags & mistaken identity. It’s played straight in comparison to American examples (such as Colin Higgins’ ‘Foul Play’). Strangely it seems to have been forgotten among recent French cinema. Very much a product of its time, it’s visually rich, with copious amounts of neon, beautiful morning shots of an empty Paris, improbably huge industrial loft apartments, and fluorescent-lit moped chases through the Metro. 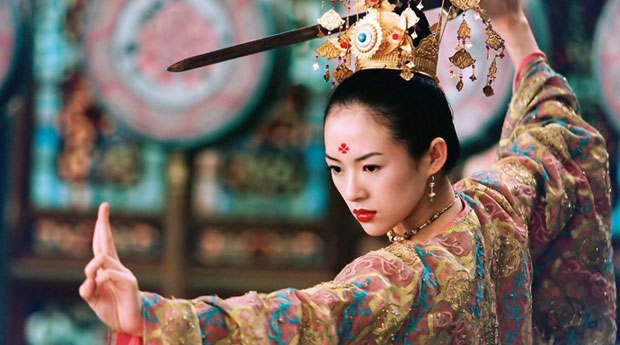 A martial arts epic set in 858AD, full of passion, deception and secret identities, ‘House of Flying Daggers’  took many of its visual cues from Chinese paintings of the period, and then added in a riot of amazing colour, energy and imagination. Every single frame is a work of art, spectacular and rich in detail. 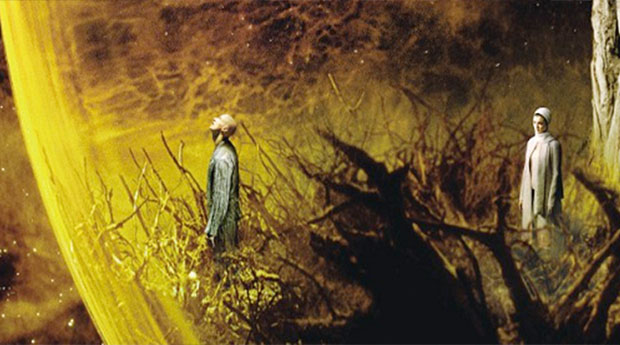 Aronofski’s film about love, mortality and the quest for eternal life, ‘The Fountain’ is constructed around three different time periods, each with a distinct colour palate. A third of the film occurs in space on a journey to a distant nebula in a glassy spherical craft utterly unlike the conventional idea of a spaceship. The space & nebula effects avoided the usual CGI route and utilised macro photography of chemicals & bacteria, producing something beautifully unique. 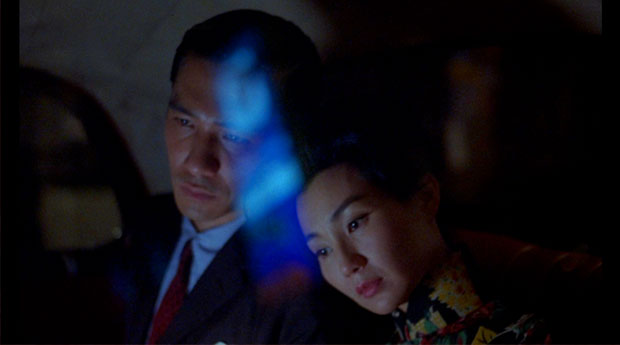 Already on a thousand other blogs probably, but with good reason. The central part in an unofficial trilogy, ‘In the Mood for Love’ was shot mainly by the amazing Christopher Doyle. Set in Hong Kong in 1962, the impossibly glamorous protagonists are contrasted against a peeling, decaying backdrop, frequently raining. Crumbling plaster and formica cafés never looked so stylish. 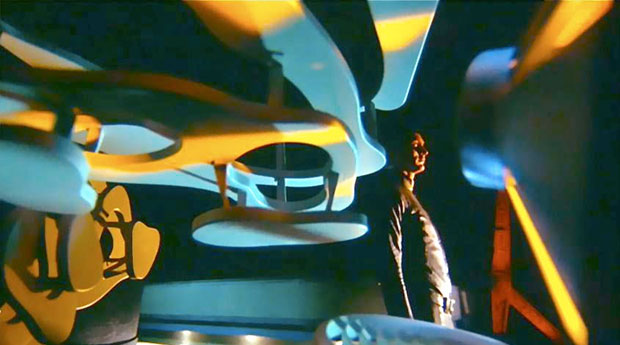 Magnificently bonkers, ‘Danger: Diabolik’ is based on the Italian comic series about Diabolik, a master criminal played here by the annoyingly good-looking John Phillip Law. Wearing a skin-tight masked catsuit and driving a black E-Type Jaguar, Diabolik hangs out in the most absurdly cool underground lair possible – imagine a combination of Richard Neutra, Ken Adam & Verner Panton, with a generous dash of Tracy Island. Very self-aware, it could be seen as something of a companion piece to ‘Barbarella’, and ‘In like Flint’ and was parodied by the Beastie Boys in their video for ‘Body Movin’‘. 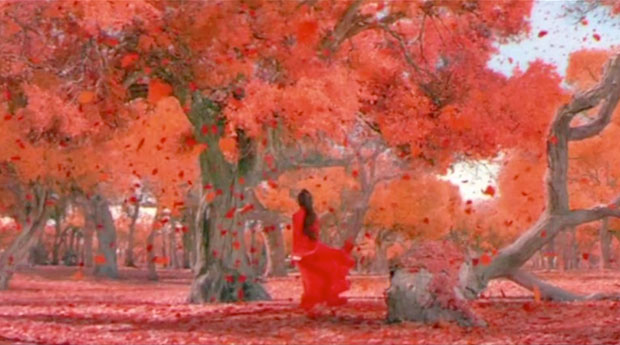 The second Zhang Yimou martial arts entry on here (sorry, not intentional) and it’s another example of his incredible mastery of colour and composition. Along with ‘In the Mood for Love’, its also another photographed by Christopher Doyle. Charles Taylor of Salon called this “one of the most ravishing spectacles the movies have given us” and it’s a difficult statement to disagree with. 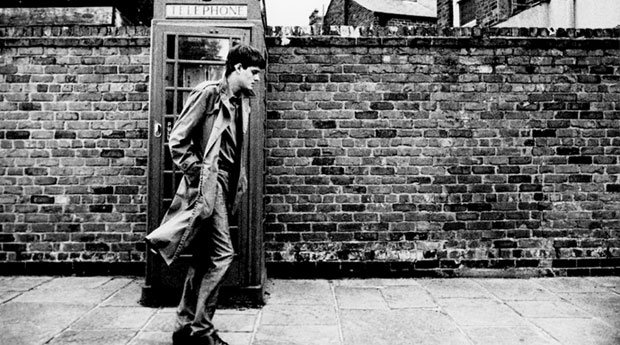 There’s a popular conception of the 80s in the UK as being all about loadsamoney yuppies, shouting into huge mobile phones while Dire Straits, Sadé or Duran Duran blare out of the stereo of their open top Golf GTI. While it may have been that way, it was also about the Miners’ strike, huge unemployment, a renewed fear of nuclear catastrophe, and the beginning of the AIDS pandemic, among other such jolly preoccupations. A film about Ian Curtis & the formation of Joy Division, ‘Control’ is a pitch-perfect depiction of that Britain, its cynicism, sarcasm, &  housing estates; like ‘Stardust’ reimagined as a kitchen sink drama, only in this case by someone who was actually there at the time and had an intimate, albeit outsider’s knowledge of the individuals and places depicted. 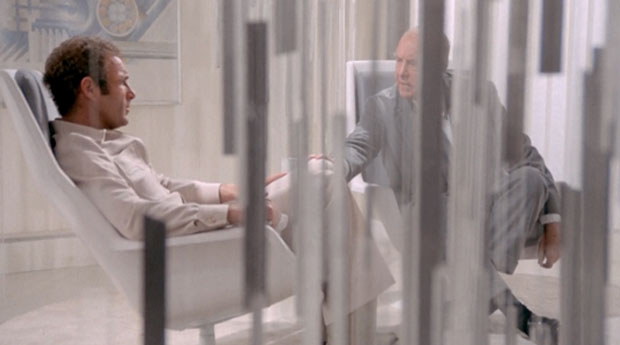 Seeing this on the TV one night at the end of the 90’s I remember thinking how badly it had aged. Watching it again more recently I had the opposite reaction. Probably a lot of that is to do with the way that fashion is appreciated in cycles (although James Caan’s bolero clothes are excluded from any positive re-evaluation). Like a kind of anti- ‘Logan’s Run’, many of the gleaming white corporate interiors are very much of the disco age, but here they’re contrasted with the caged, increasingly brutal functionality of the Rollerball arenas themselves. More frighteningly, the concept of corporations running the world is looking all too feasible. 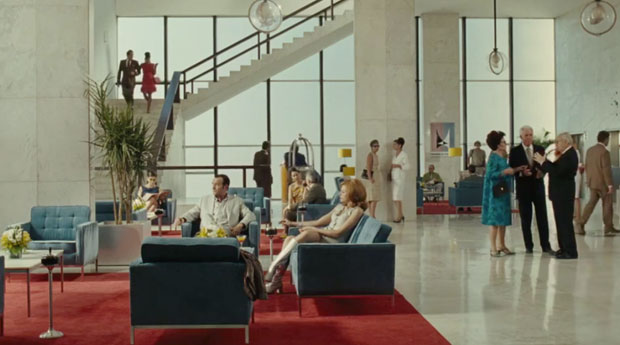 From the team that later went on to produce the massive international hit ‘The Artist’, this set of OSS 117 films are loving spoofs of an earlier series about France’s answer to Bond, in this case with a large dose of Clouseau’s arrogance and social ineptitude. Making use of wonderful locations such as Oscar Niemeyer’s Brasilia, ‘Lost in Rio’ overdoses superbly on the Mid-20th Century Modern aesthetic, adding in some lovely split-screen editing for good measure.

Like this? Have a look at Part Two and Part Three